Madigan Solutions is a company incorporated and headquartered in Northern Ireland. The selection of a name was a long and arduous task, but the founding members of the company were keen to highlight our association with Northern Ireland somehow.

In 839, an enterprising young man called Madigan succeeded to the throne of Ulaid (a region of modern Ireland in the North East) via the standard route of accession - murder. Madigan's father had been king but had been killed by his own brother and so Madigan took retribution by killing his uncle and claiming the throne for himself.

Madigan, like all good 9th century kings, loved a good punch-up. In 852, the Danes tried to invade Ulaid via Carlingford Lough, but Madigan defeated them (with an alliance between Madigan & Norse forces). In 855, Madigan saw off a challenge to his rule made by the King of Ailech, an Ui Neill from the north west of Ireland (now present day Donegal). Madigan softened the blow of defeat to the King of Ailech by giving him his sister as a wife.

Madigan was one of the Dal Fiatach who were thought to be the original Ulaid people of Ulster. They reigned for almost 900 years from the 3rd century AD and were the first people St. Patrick met when he landed in Ireland. The Dal Fiatach helped St. Patrick establish seats of learning across Ulaid and members of the Dal Fiatach are still remembered to this day in many local landmarks including Ben Madigan, a mountain that dominates the Belfast skyline.

Madigan was a knowledgeable, medieval problem-solver and relationship builder. He was a solutions man, who acted with vision and strategy to lead those around him to great achievements. Appropriate.

The logo is meant to represent two things:

The logo is predominantly made up of pentagons - a point (or a side) for each founding director. It is also a rough representation of Ben Madigan, a mountain now known as The Cave Hill. Caves appeared in the mountain when another enterprising young man decided (with the help of TNT) to extract gold from the mountain. Enterprising is maybe not quite an accurate description, however, given that no gold was ever found. The logo, however, has a tint of gold to represent those efforts.

And there you have the story behind the name and the logo.

NOTE 1: Contrary to popular belief, the logo has nothing to do with the Giant's Causeway which is mostly made up of hexagons (with a splattering of pentagons and even rhombuses).

NOTE 2: The Cave Hill isn't just famous for being the inspiration for our logo, though. The Cave Hill was also thought to have inspired Jonathan Swift to write Gulliver's Travels. Swift, like many people who live across Belfast, believed that the Cave Hill resembled the shape of a sleeping giant. 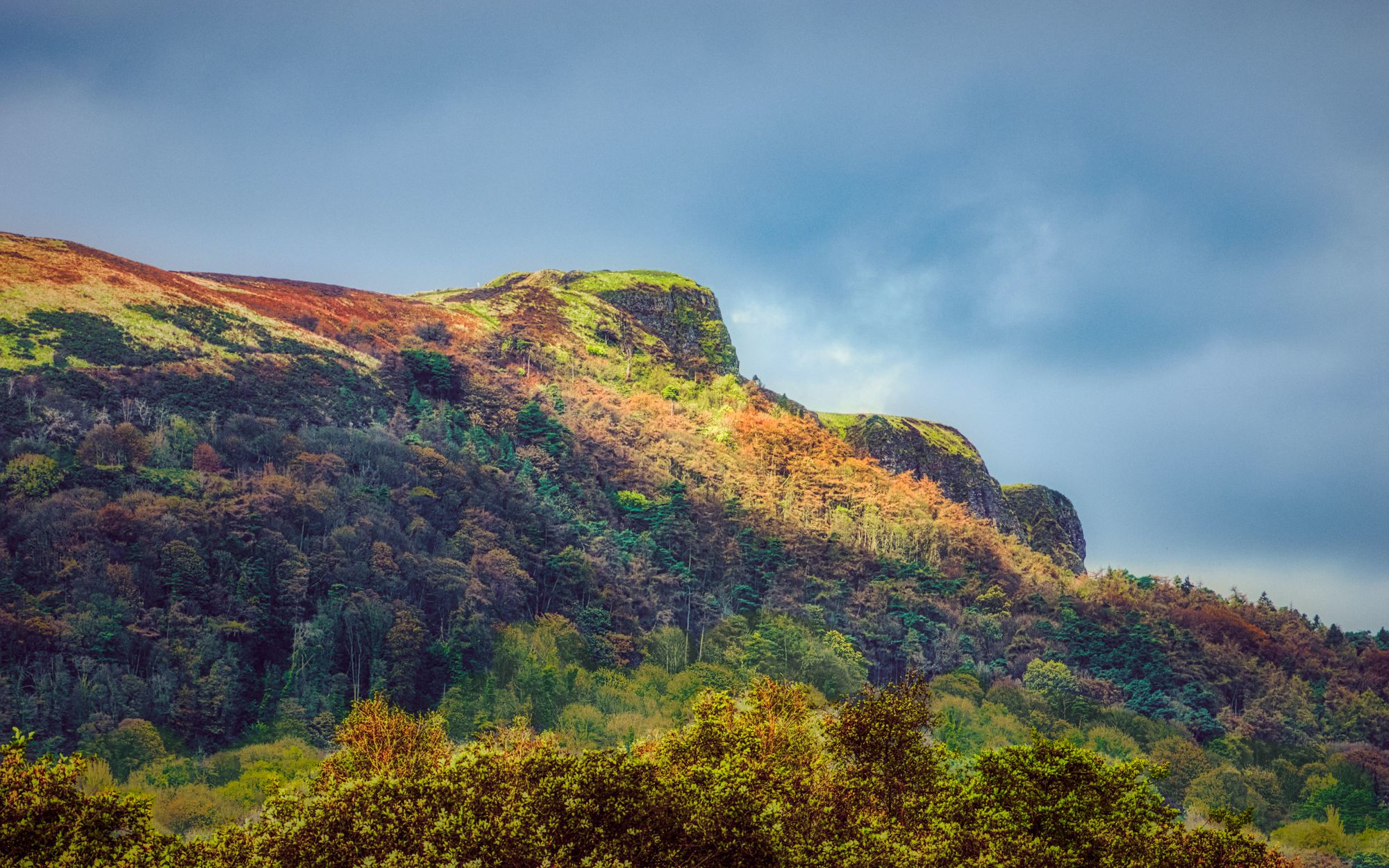