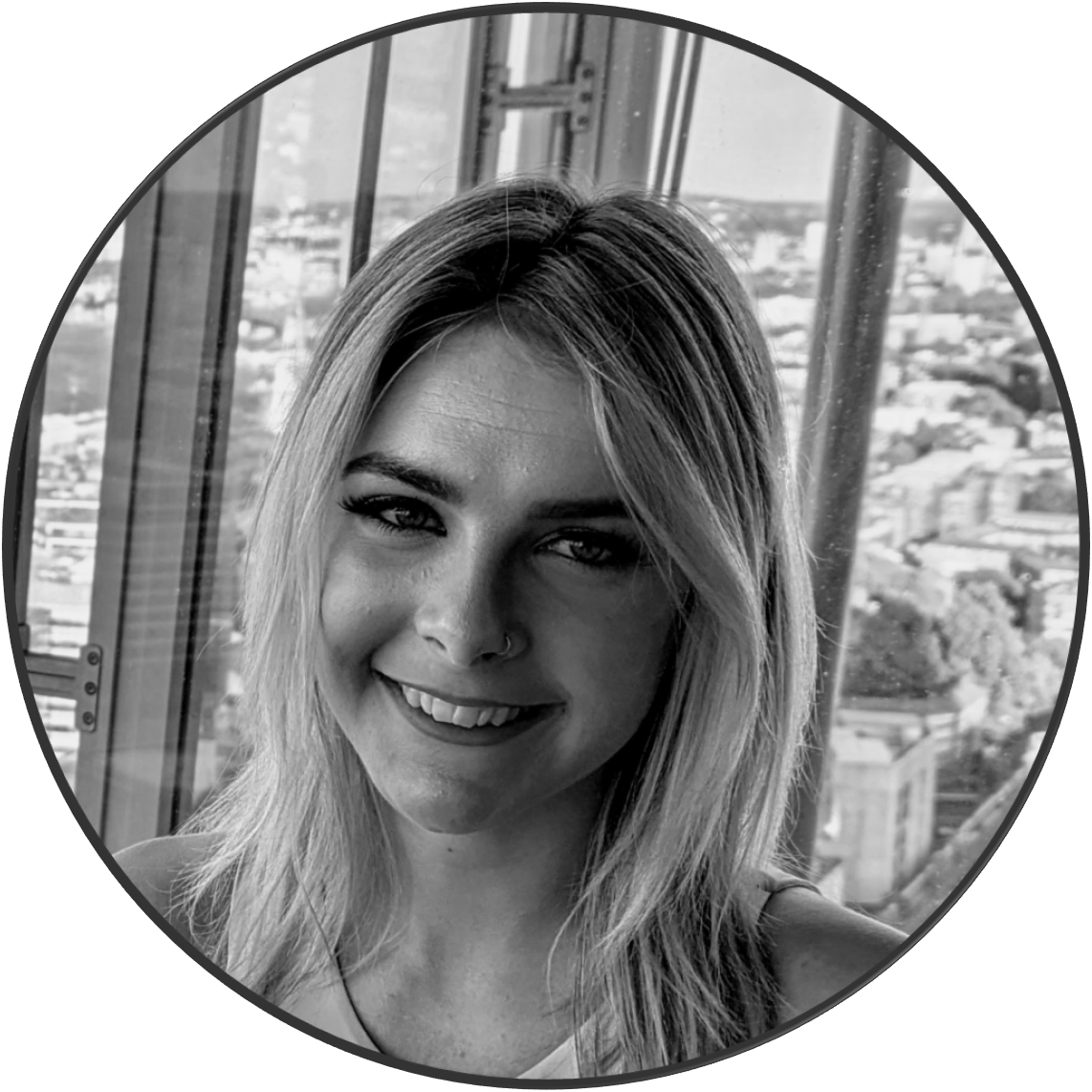 As a group of trainees, being presented with a green-field project was exciting, but daunting. We were being tasked with delivering a game to run alongside the FIFA World Cup which meant there was a fixed, immovable deadline and we had so much to learn, never mind develop!

The development of this application was going to be fast paced, obviously, but we were presented with a six-week turnaround time to allow for adequate testing and marketing of the solution.

The “client” requested an application suitable for people all over the world to compete by earning points for guessing match scores. Features and design had not been described at this stage other than it had to look “cool” and “neat”. Free rein to the designers, huh?

During the first scrum, specifics began to become slightly more defined regarding the types of pages expected and the possible navigation structure.

The first item on the design team’s agenda was to draw up the first stage of screen mockups. Once complete the client was presented with the results and the design team was given the go ahead with some changes and additional pages in mind. An original screen mockup for the home screen can be seen below. 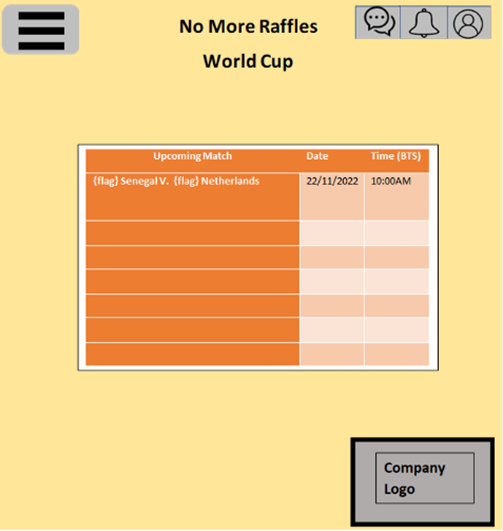 Once the mock-ups were deemed satisfactory, the team decided on a delivery mechanism. An Express app built on Node.JS with the Bootstrap framework was selected and the team got busy putting together the first series of pages.

It is safe to say that the product evolved radically during those first few days and weeks. Weekly standups with the client resulted in a huge number of ideas being fired around and discussed. The collaborative working between the design team and client meant that the design matured, page structures were refined, and the usability of the platform improved quickly.

Frequent reviews allowed the team to discuss any issues and concerns they may have had. As time ticked on, the primary concern was the ever-expanding list of requirements which piled the pressure on the team. Requirements and feature requests kept pouring in until, eventually, a line had to be drawn.

To include all features being discussed would only cause a delay in delivery or, worse, decrease the level of quality. The World Cup start date was rapidly approaching, after all. Given that the team were looking to produce a product worthy of the Madigan Solutions name, neither a delivery delay nor a reduction in quality seemed appropriate. Therefore, a series of feature requests was (and continues to be) collated ready for the next iteration of the platform.

Communication between the team and the client was frequent ensuring the client was involved in every part of the design process. The client was pleasantly surprised, however, to see some design elements creep into the product which closely aligned with our corporate branding. Sometimes, it is the small touches that mean so much!

Many requirements were fine-tuned as the project moved on. The team continued to rework and improve the design and navigation flow. In fact, no design element was officially approved until the project deadline. In fact, within the six-week turnaround time, almost 20-man days were spent on design elements alone. (Many hours were spent just trying to move elements a pixel or two in some direction without negatively impacting other elements – a seemingly simple, yet surprisingly frustrating task!) 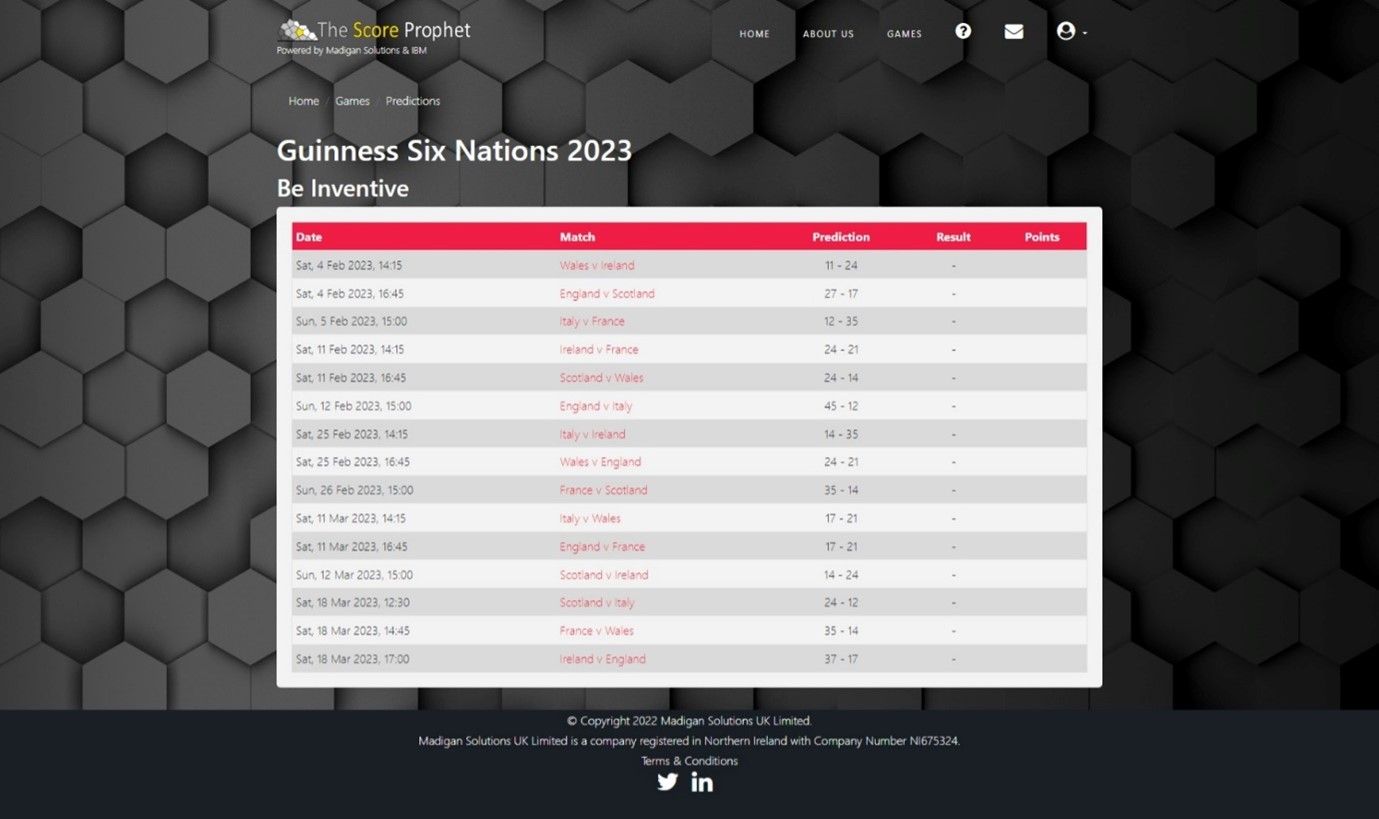 Nothing in life stands still for long. New features and design changes are the only constant when it comes to the build of any IT system. Our game will persist (for a while, at least) and we would love to hear your ideas on how we can improve it.

Even though the World Cup has started, there is still time to play along at www.thescoreprophet.com. There are weekly prizes on offer and the game is free-to-play!

Are Your Users Ready For A Friction-Free MFA Experience?

How Do You Measure Your IAM Capability?